Ontario has the highest tuition fees in Canada.

The Ontario government created the new Ontario Student Grant (OSG) in 2017 and are calling it “free education”. Is it?

The OSG is designed to cover the cost of “average tuition fee rates for an Arts and Science degree”. Students in programs that charge more are on their own to pay the difference. Here is a snapshot of some of those programs:

Across our province, the Federation unites students to fight against tuition fee increases, advocate for more government funding and create sustainable solutions to the ballooning student debt crisis.

On November 2, 2017 students across Canada hit the streets to call for free education. In Ontario, the provincial budget presented following our Day of Action included the creation of the OSG. 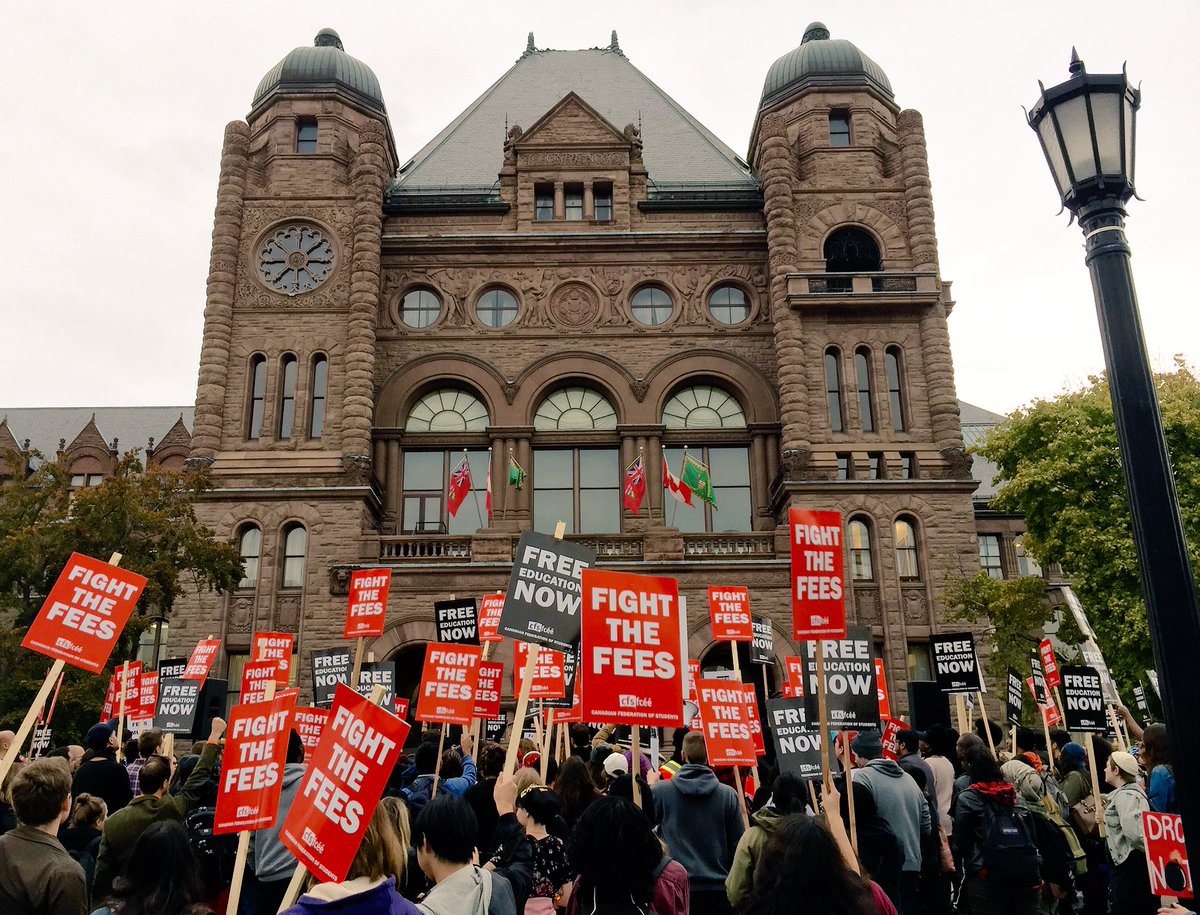 The OSG is based on the flawed assumption that family income should determine how much financial aid a student should receive. Not all families, regardless of income, are in the position to invest money in a student’s education. Yet, if a student’s parents or guardians have an income above what is set out by the OSG, that student may not be eligible for funding, even if they have multiple siblings or their household is in debt.

Education is a fundamental right regardless of race, gender, age, religion, sexual orientation, political belief, or economic/social condition. Instead of a band-aid solution to an underfunded post-secondary system, we are calling on political parties in this election to commit to:

Students need a transit system that does not break the bank.

In addition to high transit fares, many students struggle with transit inaccessibility.

From fare reductions to a greater number of routes, Ontario’s students are fighting for a more accessible transit system by pressuring provincial and municipal governing bodies to invest in public transit to keep these systems publicly owned and operated.

The Federation plans to produce a report based on the results of an Ontario transit survey in order to propose alternative solutions to ensure commutes are efficient in getting students from point A to point B.

It is time to push the provincial government to support publicly owned and operated transit, affordable fares and accessible infrastructure.

The current child care system in Ontario has placed a massive financial burden on parents who struggle to find affordable, high-quality child care.

Student-parents in particular face many barriers in accessing child care:

The Federation works closely with the Ontario Coalition for Better Child Care (OCBCC), an advocacy group working to secure funding for universal high-quality, affordable and accessible child care in Ontario. Together with the OCBCC, the Federation advocates for a universal child care system that prioritizes the needs of children, parents and students.

We must ensure universal access to affordable child care so that all children have the opportunity to learn and grow in a licensed child care space, while their parents complete their education. By providing child care at an affordable rate, student-parents who attend college or university will be able to study without worrying about securing a safe and accessible space for their children.

In order to do so, students are demanding that political parties commit to:

For international students, these challenges are made even more daunting due to the additional barriers they must overcome when trying to access health services.

Students have organized many local and national campaigns to address the struggles of trans and international students in accessing basic health care and the need for fully funded mental health services on campus. The Canadian Federation of Students continues to lobby for international students to be covered by the Ontario Health Insurance Plan (OHIP), which was the case up until the 1990s, and mandatory diversified mental health first aid training for campus staff to better support students with diverse lived experiences. 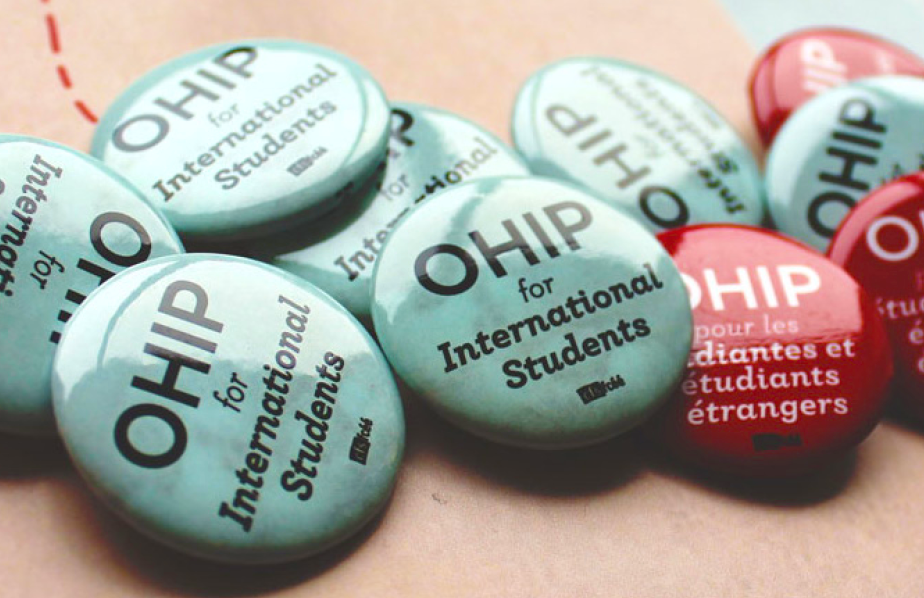 Students are calling on the provincial government to push campuses to be health-promoting institutions for ALL students. Become a part of these efforts by pushing political parties to:

Ontario is in the midst of a housing crisis.

Students are particularly vulnerable to housing shortages. With limited availability on campuses, landlords in and around campus communities abuse their power by:

The inability to secure safe, affordable and accessible housing is an issue that disproportionately impacts marginalized communities, particularly those that are more likely to live below the poverty line, such as people living with disabilities, racialized people, Queer and Trans people and First Nations, Inuit and Métis people.

Across the province, students are pressuring their institutions and the government to deal with the housing crisis through local campaigns and Federation lobbying efforts. At the same time, students are working with coalition partners, such as the Advocacy Centre for Tenants Ontario (ACTO), to advocate for affordable rental housing and programs to create spaces for low-income households in new developments. 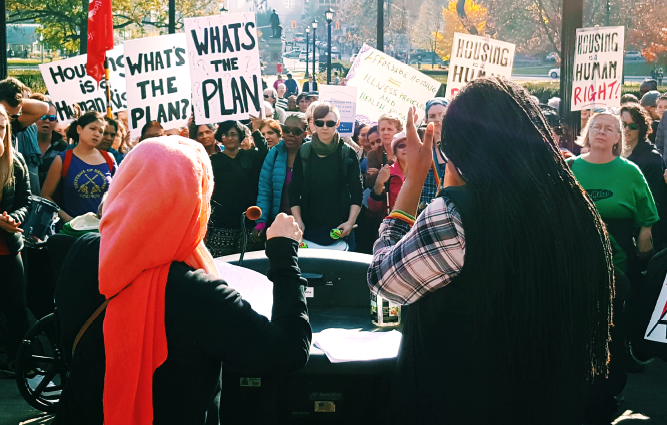 Recognizing that housing is a fundamental right and a social determinant of good health, students are calling on the government to invest in affordable housing citing its economic and social benefits to our communities.

Join students across the province as we pressure political parties in this election to commit to:

Food insecurity refers to having inadequate access to sufficient food due to financial constraints.

Food insecurity is connected to poor mental and physical health.

Students who experience food insecurity are more likely than their food-secure counterparts to reduce their schooling to part-time, or drop out of school altogether.

Students across the province feel that tuition fees and the cost of living are the biggest barriers to being able to afford the healthy food they need. In collaboration with Meal Exchange, the Federation works to tackle food insecurity in Canada by empowering students to work with peers and stakeholders to drive this change across the country. Meal Exchange recently released a report on campus food insecurity, which can be found here.

Our goal is to work towards a national food system, supported by provincial funds, that allows students to be able to afford the food they need for a healthy lifestyle. Students should not have to choose between paying rent, buying textbooks and going hungry.

To reach this goal, students are demanding that political parties commit to:

Climate change affects us all.

The first communities to be impacted by the effects of climate change are often the most vulnerable.

Globally, countries that contribute the most to climate change are often the last to feel its effects, while countries contributing the least tend to bear the brunt of environmental changes. This was evident in 2017:

Student’s concern with climate change is not new and they recognize that to combat climate change we must prioritize widespread government action over individual behaviour changes. 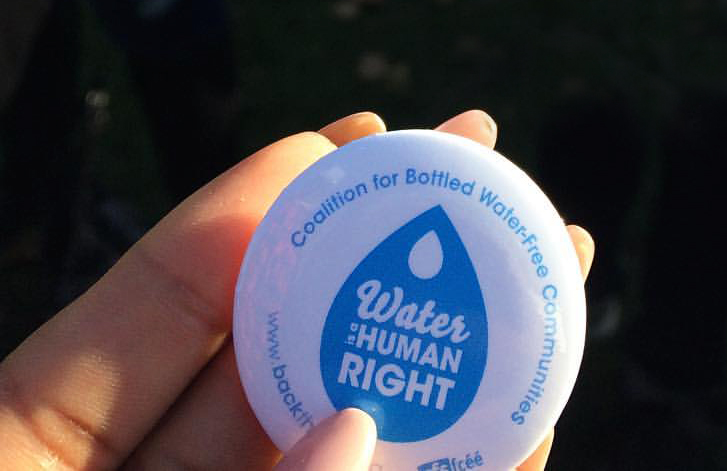 Students and institutions know that to make real progress on climate change, what must be created is the political will and commitment to hold one another accountable at the individual, institutional, provincial, national and international levels.

Post-secondary education is a treaty right guaranteed by the state of Canada to the First Nations, Métis and Inuit communities of this land.

Despite this being a fundamental right, decades of government underfunding at the federal level has made post-secondary education unattainable for thousands of potential First Nations, Métis and Inuit learners.

In Ontario, the government often engages in a “pass the buck” mentality when confronted with deficiencies in Indigenous education funding, using the excuse that First Nations, Métis and Inuit issues are the sole responsibility of the federal government.

For decades, First Nations, Métis and Inuit students and their allies have been calling on all levels of government to increase funding to close the education gap between Indigenous and non-Indigenous communities and improve the learning experience for Indigenous students. 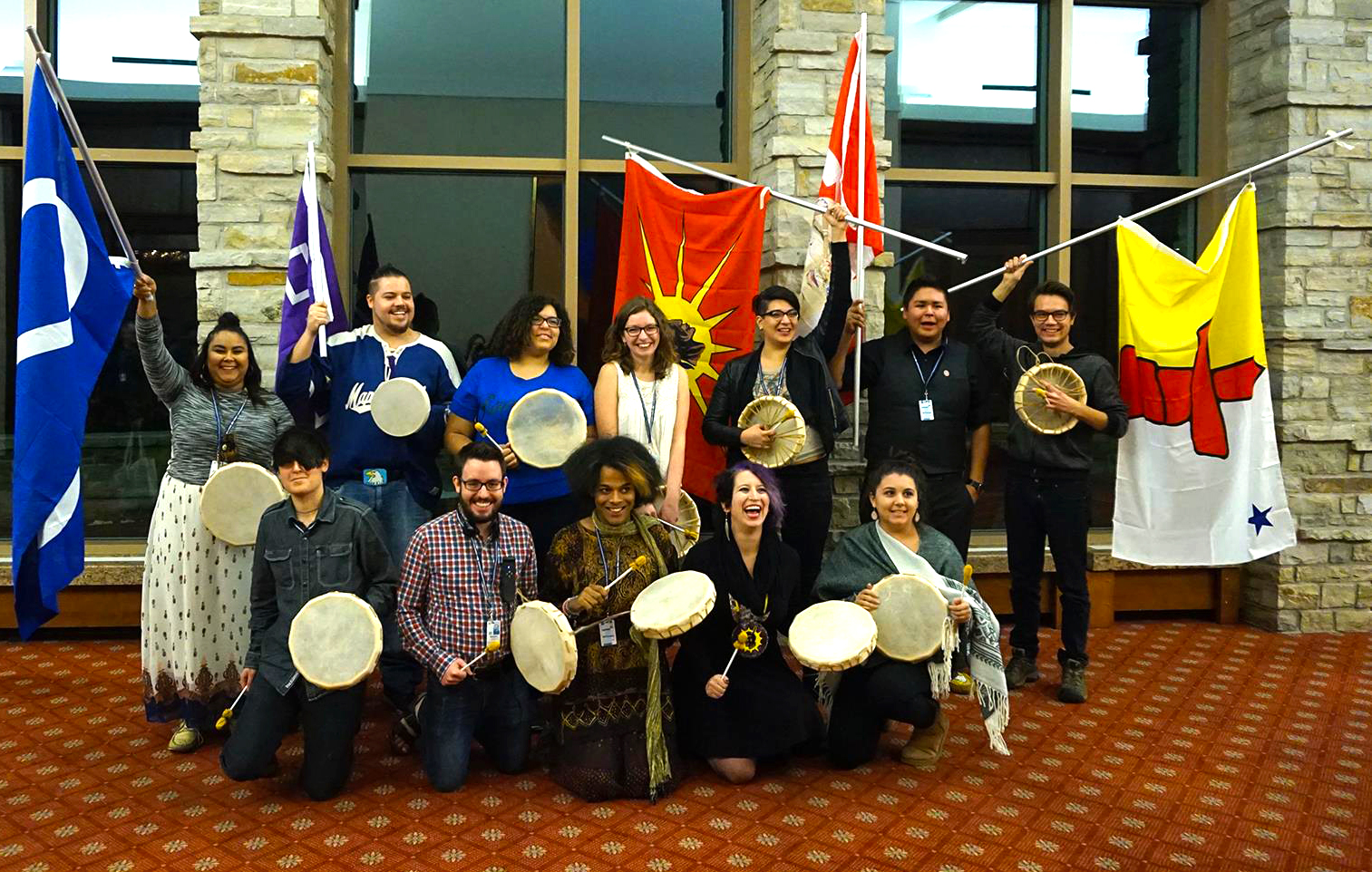 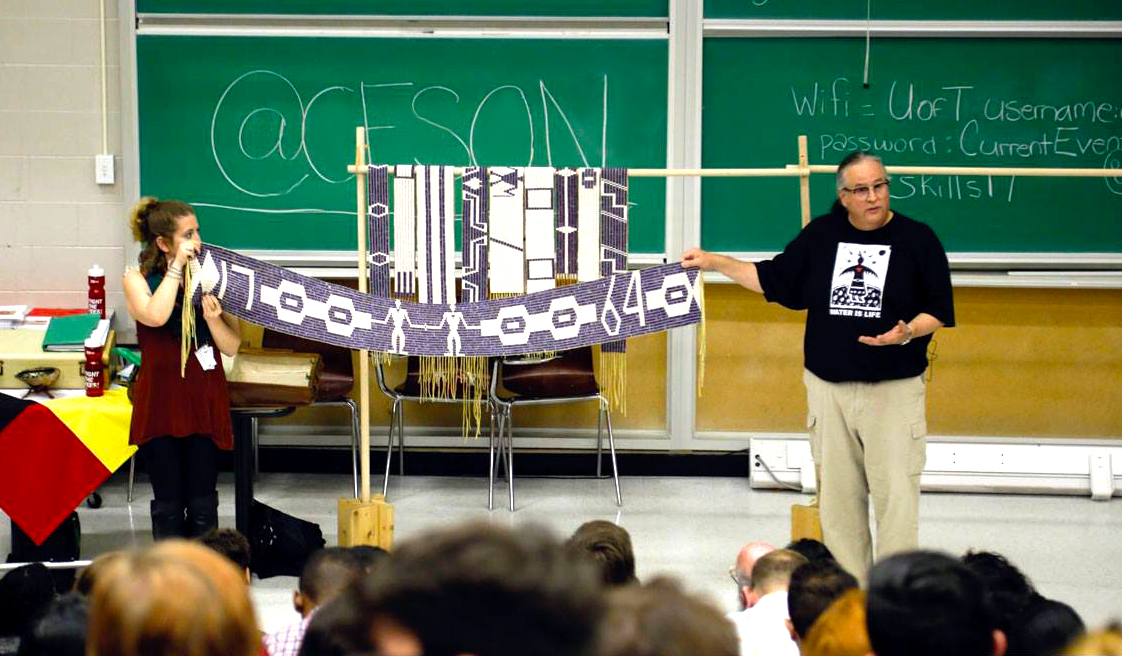 Students and in particular, Indigenous students, recognize that any reconciliation efforts on behalf of the provincial government must be backed with community consultations, increased funds and greater access to resources to make Ontario a leader in Indigenous education.

Students are demanding that political parties in this election commit to an Indigenous Education Strategy based on community needs. This includes:

Colleges and universities are substantial investors and together hold a collective power as they invest in corporations around the world.

Investments become political decisions when the receiving party is involved in environmental destruction or the infringement of human rights.

Over the years, many students’ unions have been lobbying administrations to divest from these unethical investments.

Calls for divestment are often accompanied with a call for the creation of Ethical Investment Policies for the college or university. 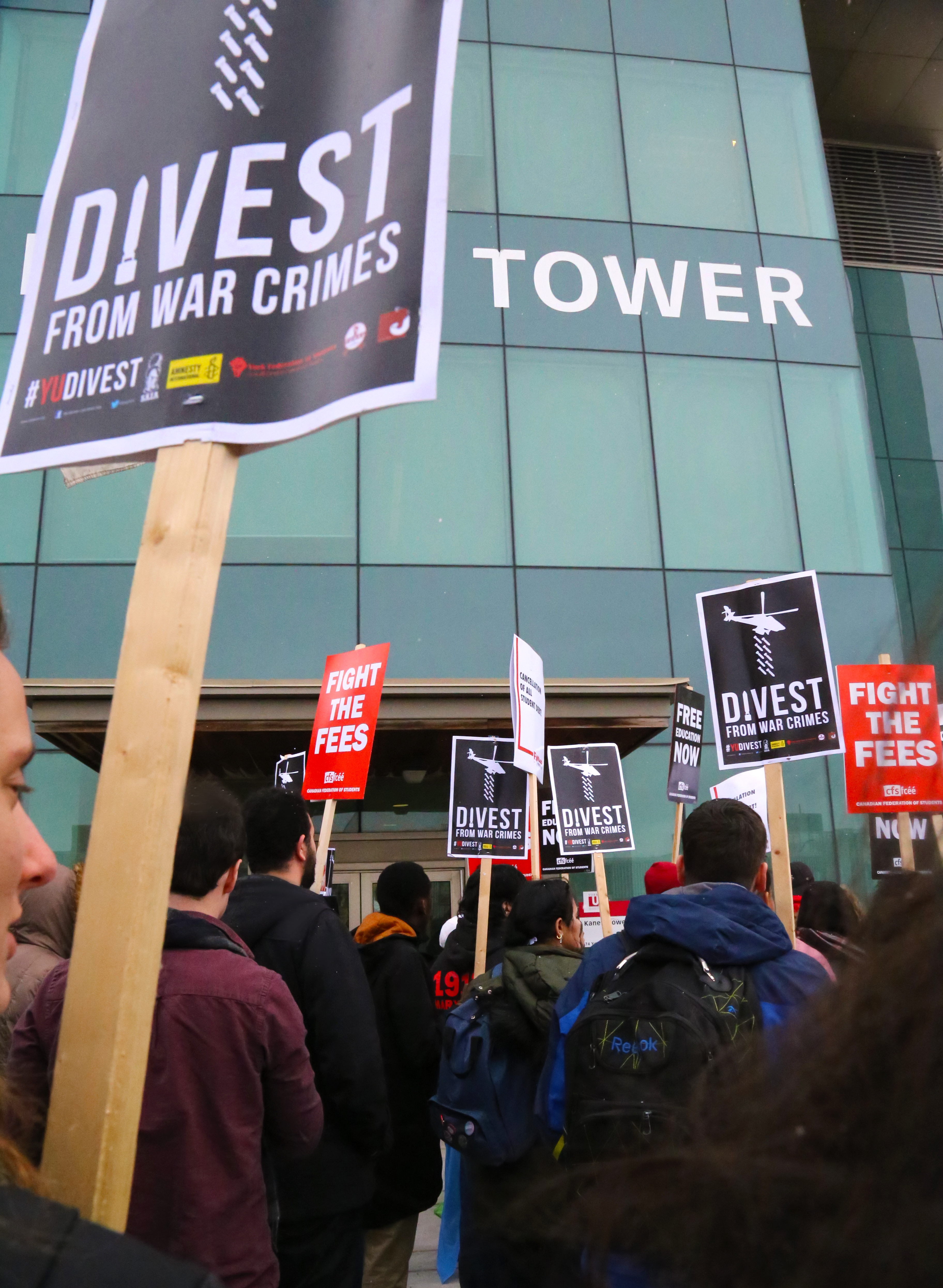 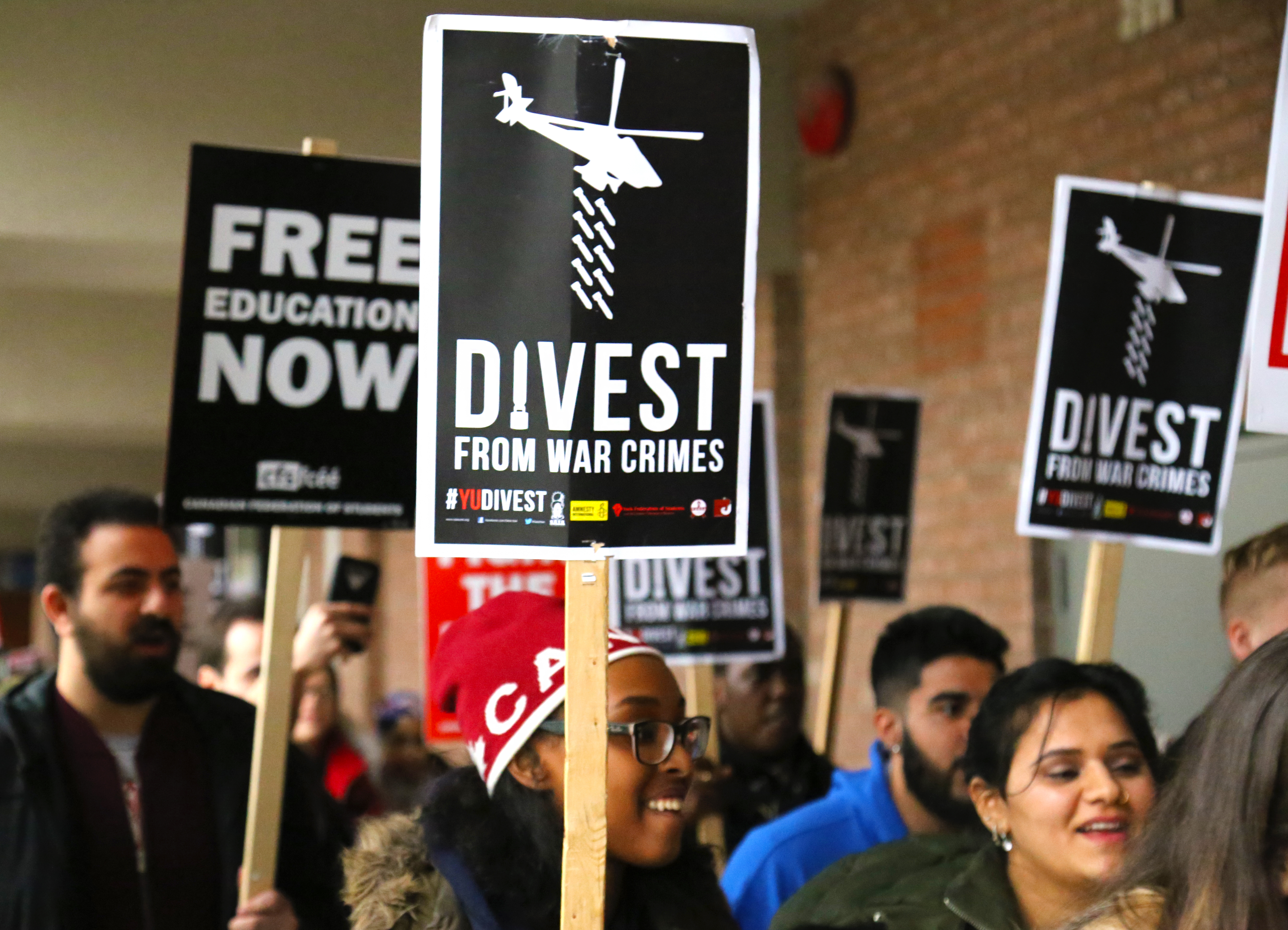 Across the province, students are pressuring their institutions through divestment campaigns to promote safer and more sustainable environments for the future. Become a part of these efforts by pushing political parties in this election to support:

A decent, well-paying job with worker protections is hard to come by in Ontario for anyone looking to secure employment. Finding a job and an employer who is accommodating and flexible with student workers is rare.

Students across the province rely on part-time, seasonal and sometimes full-time work to help offset the cost of their education. A major issue is caused due to longstanding gaps in the Ontario Employment Standards Act (ESA) that fail to ensure fair scheduling.

Ontario is also currently the only province with a subminimum wage for students under the age of 18 and servers.

Students and workers have a long history of working together to protect workers’ rights. This solidarity led to the recent victory of a new $15 minimum wage in 2017.

Unfortunately, the work is not done as not everyone will benefit from the increase to a $15 minimum wage due to certain types of workers being submitted to subminimum wages. 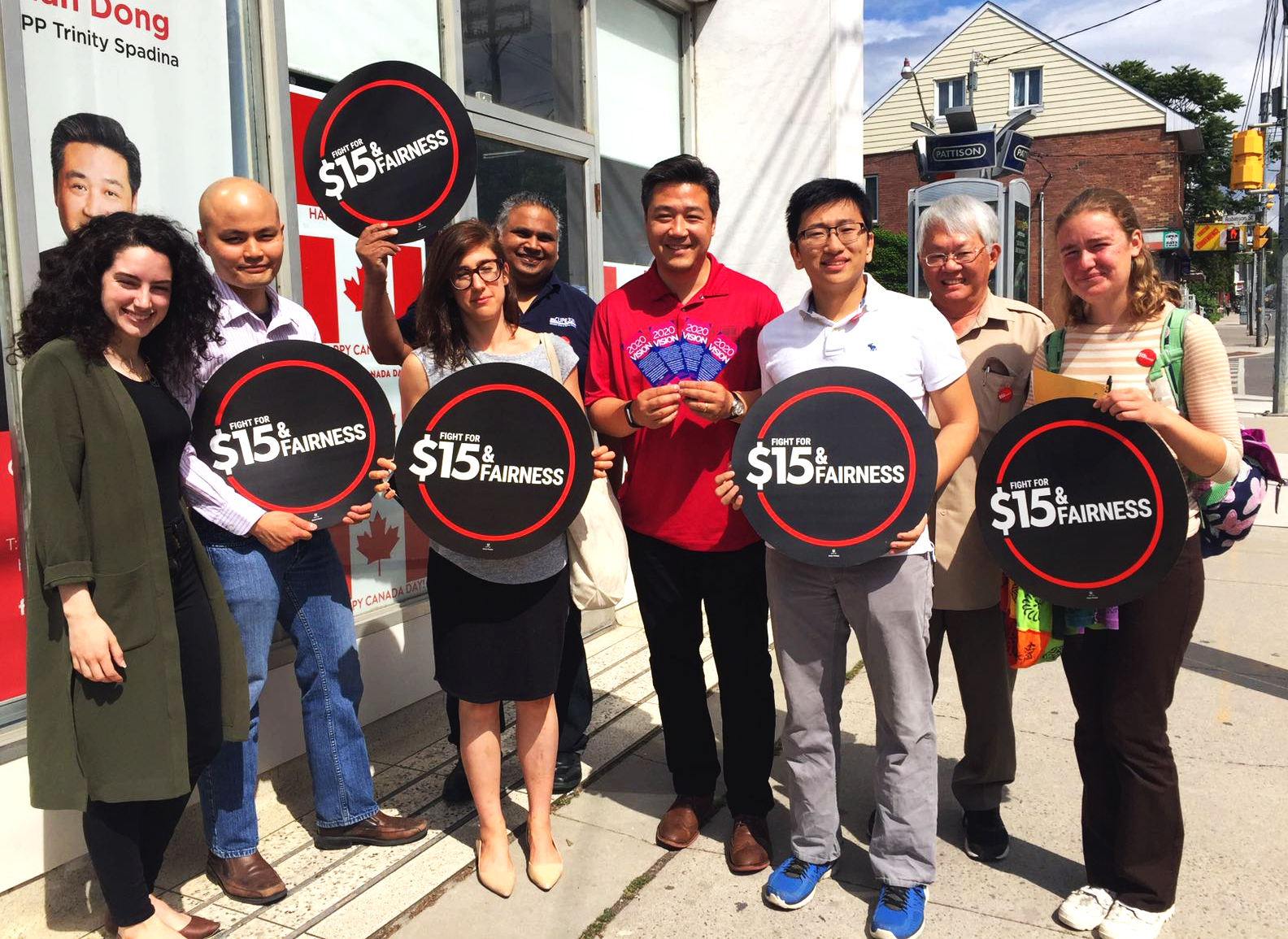 It is time to push the government to end the devaluation of student labour. Become a part of these efforts by demanding that political parties in this election:

For francophone international students, many of these barriers are compounded with the already-difficult experiences of being an international student in a new country, studying away from home, paying triple the tuition fees of domestic students and having no access to provincial health coverage.

The government of Ontario has announced a new French Language University to be opened in Toronto in 2020, however, this is only a small step towards fixing a much larger problem.

Students are calling on political parties in this upcoming election to commit to improving the quality and diversity of French language education, specifically by:

Declining levels of public funding for post-secondary education weakens the quality of education in our province and hurts Ontario students.

For over 30 years, students across the province have been fighting for affordable, accessible and high quality post-secondary education. 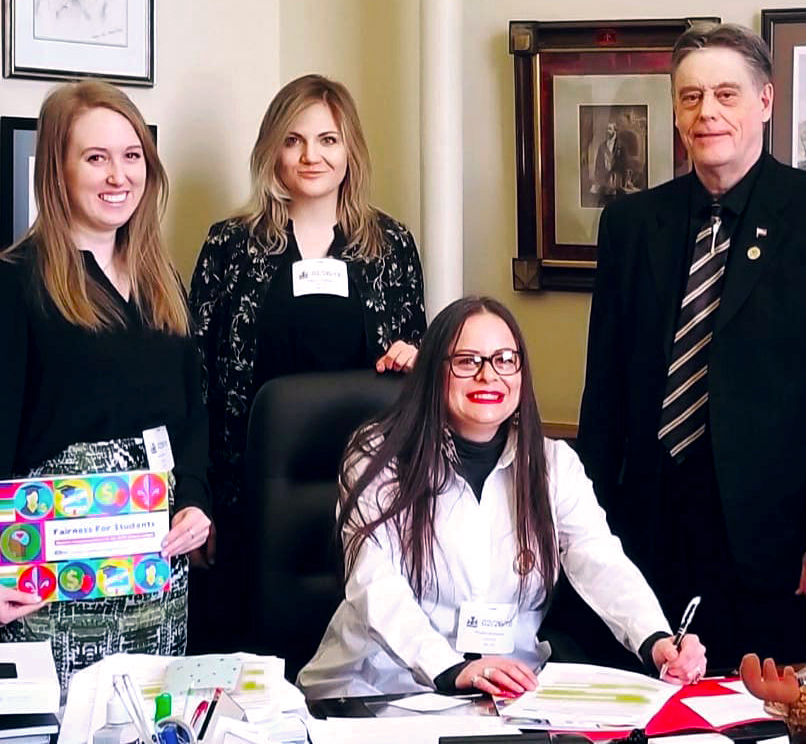 Post-secondary institutions provide an essential service in today’s economy, creating spaces for learning and innovation and offer pathways for personal development. Rather than continuously increasing student fees year after year and providing short term funding solutions to a chronically underfunded post-secondary education system, political parties in this election must commit to: